Highcaster is a game about creating legends. It is the story of a civilization rising from the ashes, reaching out into the vast unknown to create a new world and destroy the decay and corruption that threatens it. You will play great heroes and create stories that will enter the chronicles and become history for future generations.

Temples & Tombs is a roleplaying game devoted to creating the fast-paced adventures popularized in pulp magazines that led to films like Raiders of the Lost Ark, The Mummy (1999), and Romancing the Stone.

Built on the Year Zero Engine system, the framework that drives Free League's games such as Tales from the Loop and Mutant Year Zero, Temples & Tombs is adapted to fit the two-fisted adventure pulp genre in several key ways.

Beyond that, the game looks and feels like you'd expect YZ0 to feel. And if you've never played in this system, you're in for a treat. Very easy learning curve, fast-paced game play, and just enough crunch to keep things interesting.

The Great American Witch is a modern gothic tabletop roleplaying game about the secret world of witches in America and the supernatural threats working to destroy them.

Built on Christopher Grey's award-nominated RPG framework The Great American Novel, the game focuses on powerful witches who use ancient magic drawn from the feminine forces of creation. They struggle to balance their everyday lives, the supernatural, secret societies, and personal conflicts within their covens.

The Great American Witch uses a framework similar to Powered by the Apocalypse Games, FATE, and indy storytelling games like Ten Candles. It is, however, designed for extended campaign play in the tradition of World of Darkness or other urban fantasy traditional games.

THE HAPPIEST APOCALYPSE ON EARTH

Nominated for the 2018 ENnies Product of the Year, The Happiest Apocalypse on Earth is set in a fictional theme park called Mouse Park. Its special blend of satire and horror takes collaborative storytelling to the brink, where players can take on the role of guests or staff in a theme park that barely masks a terrible horror lurking beneath.

What horror Mouse Park brings is up to you—the truth of the Great Mouse Who Lies Beneath, the ancient mystical orders that protect Him, the sacrifices those in the park must endure, and the beasts of nightmares that spawn from His depths—all of that is for you to uncover. You may choose to protect the innocent from the evil of Mouse Park, or you may wish to perpetuate it.

Whatever your course, you are in it now. Lower your head and watch your step.

The Great American Novel, A Roleplaying Game, nominated for the Indie Groundbreaker Award, is a collaborative storytelling tabletop roleplaying game for 3 to 6 players that uses character-driven game play to create a literary experience for a variety of settings and genres.

The Great American Novel has three specific criteria for every Novel to create an experience resembling some of the best American literature:

Beyond this, it is entirely up to the table to determine what themes they would like to experience. These can be broadly-stroked ideas like “fall from grace,” or specific experiences like “loss of a family member.” They can also bring up a particular time period or genre “film noir” or “1960s counterculture.” They could be places “Jamestown” or events “The Battle of Bunker Hill.” 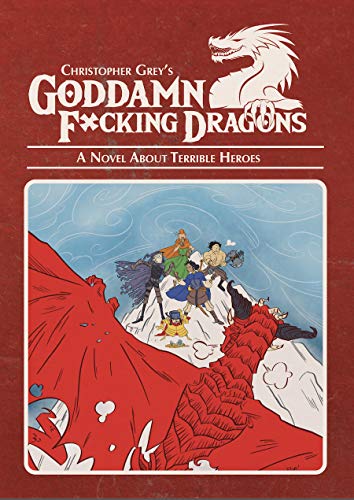